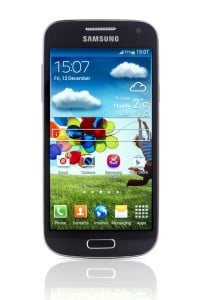 Samsung is in a tight spot as far as competitive positioning in China is concerned. While it can at least get some measure of comfort in the fact that it is still the top player in the giant Chinese smartphone market, this might not last long. How can it? At the shrinking top end of the market, it faces an entrenched rival-Apple. At the stable low-end of the market, three year-old local smartphone player Xiaomi has come out of nowhere and is quickly gobbling up market share. Samsung has its work cut out for it as it tries to shore up its market position. Why? Xiaomi is not just faster, nimbler, and more in tune with local market tastes, it has the ‘fire in the belly’ that’s missing in the more bureaucratized South Korean electronics global behemoth.

Just how vibrant is Xiaomi? Well, after securing a $1.1 billion investment from Russia’s Web tycoon Yuri Milner, Xiaomi’s been snapping up Chinese startups as well as beefing up its content offerings. Smart move because it appears that Samsung’s playbook leans heavily on hardware technical proficiency. The problem with this is that while Samsung may be able to crank out better-designed smart phones with better hardware features, it is becoming increasingly clear that the smartphone market battle in China is not about hardware.
Hardware only leads to a race to the bottom as cheaper handsets enter the market. Instead, it’s more about software add-ons and content. With it’s Apple cult-like Chinese following, this is precisely where Xiaomi is putting the hurt on Samsung. While Samsung handsets ship with humdrum stock apps, Xiaomi continues to crank out cheaper handsets with a better mix of local content apps.
How can you compete with such a driven and locally tuned player? Given Xiaomi’s explosive growth rate, it tripled its sales in the last year alone, it might be only a matter of time until Samsung kisses the low end of the Chinese smartphone market good-bye.