Trending
You are at:Home»Crytocurrency»Will Coinbase make Bitcoin worth investing in?
By Jacob Maslow on January 26, 2015 Crytocurrency, Street Insider 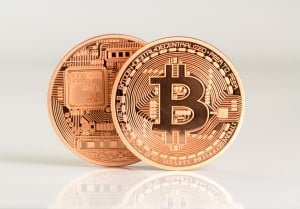 Representation of the Virtual Currency

Whether you believe in its libertarian background story and driving philosophy, one thing is indisputable about Bitcoin-it makes for a very volatile investment. Thanks to hacking issues, price manipulation suspicions, non-transparent overseas exchanges and a whole raft of other technical and non-technical issues, trying to make money off Bitcoin is like riding a roller coaster. The cryptocurrency has risen and crashed so many times it’s pointless to keep track. One of the biggest boosts in Bitcoin’s value took place when Russian investors fled Cyprus. This was followed by a crash when hacking allegations came out. Also, the biggest Bitcoin exchange, a trading card exchange converted to cryptocurrency trading platform, Mt.Gox, went belly up. Moreover, Bitcoin’s reputation as the currency of choice of people engaged in illegal activities on the Internet doesn’t exactly endear it to your typical rank and file currency investor.

With US-based Coinbase’s pending opening, all those issues hounding Bitcoin’s legitimacy and stability will be minimized or eliminated entirely. Backed by over $100 million in venture funding and authorized in 25 states, Coinbase will be the first US-based and authorized, fully regulated bitcoin exchange. Based on a supposedly solid security framework, Coinbase aims to bring a level of mainstream credibility to the previously wild world of Bitcoin trading. Coinbase might also pave the way for wider commercial acceptance of Bitcoin. This is an excellent development. At the very least, Bitcoin pricing can stabilize and this can pave the way for potential growth in the future. There will be growth, with all things being equal. Why? There is only a fixed amount of Bitcoin that can be digitally ‘mined.’ This built-in scarcity plus its increasing usage online and offline point to possibly greater Bitcoin exchange value in the future.