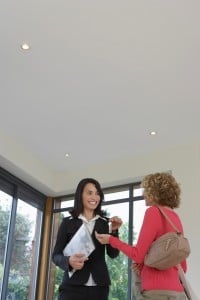 While a lot of Obama administration officials are excited about the improving US jobless rate and the great GDP numbers of the past few quarters, all this hasn’t been enough to silence critics. Critics point to the fact that the improvement in employment numbers mask the historically high number of Americans who have simply given up looking for work. One only needs to look at the sky-high food stamp and permanent disability rolls to get a clear idea of what might be partially funding low labor participation. Also, an in-depth look at the types of jobs being created reveals that most of these jobs pay less. Not surprisingly, the median household income in the US has sunk, not risen, during this so-called recovery. Indeed, median household income is the same now as in 2008.

Given all this background, you can hardly fault critics of the Obama administration’s economic policies and performance. Well, the recent sales figures for US single family homes might silence some of those critics.
Single Home Sales Prove Critics Wrong
One of the most convincing pieces of data economists can point to when trying to figure out real consumer confidence in the short to mid-term health of the economy is single home sales. People won’t take out serious long-term loans to finance new homes if they aren’t at least confident they will have a job for some time. The 7.2 percent month over month increase in new home starts is a very strong indicator that the US economic recovery has solidified. Indeed, total housing starts perked up 4.4 percent. This is the best US housing starts data set since 2007! If this continues for the next couple of quarters, despite the job losses related to oil’s crash, we can safely say the US economy is back for good.