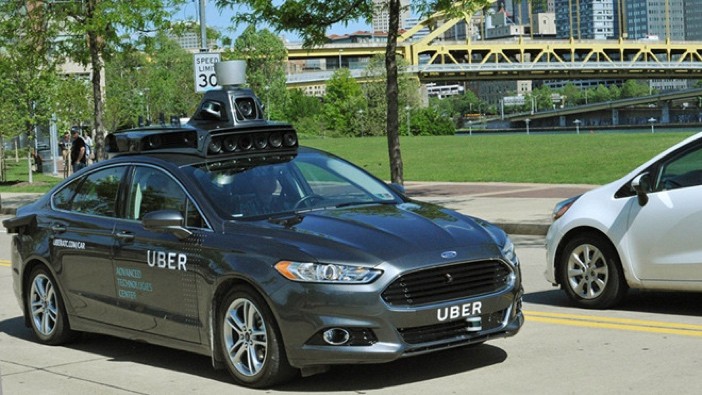 Uber confirmed this week that the company is testing a self-driving hybrid vehicle, a Ford Fusion, on the streets of Pittsburgh, which brings the ride-sharing tech giant several steps closer to an autonomous future fleet.

The car has a hefty black system on the back, looking vaguely like a portable missile launcher. The car from Uber’s Advanced Technologies Center will collect mapping data, as well as trialling its self-driving capabilities in Pittsburgh. The vehicle also has a variety of onboard sensor technology, including radar, laser scanners and very hi-res cameras to map the environment. It will not however be driving completely alone – there will be a human in the driver’s seat to monitor operations.

The firm is currently exploring self-driving vehicles at an early stage, and is focused on the technology in addition to the safety of pedestrians and other road users. They have already warned local officials and law enforcement about the ongoing tests.

Pittsburgh is home to Uber’s Advanced Technology Center, and seems like a good choice for the current pilot scheme. Uber also says the city is a good environment to test autonomous vehicles with a variety of different road types, weather and traffic patterns.