Social media network Twitter’s stock closed under $20 per share for the first time ever, indicating tough times ahead for the company’s new CEO Jack Dorsey.

The news comes just days after Dorsey announced the firm was exploring the idea of doing away with the 140-character limit to Tweets.

Trading on the New York Sock Exchange left Twitter down 1.38 percent for the day yesterday and continued falling after-hours. 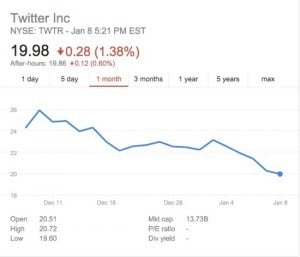 Traders are obviously not too happy with the move to abandon the 140 characters (instead there was rumour that Twitter would increase the limit to 10,000 characters).

Dorsey has also been trying to placate the developers who abandoned the company when it changed its API access several years ago, but the stock price has been falling nevertheless.

One of the main concerns seems to be around how Twitter will attract and maintain new users. Dorsey has stated that “hearts” and “moments” are intended to attract more people to the site/app.

Recent figures however show that the firm’s subscriber base hit a plateau in late 2015, although Facebook and Instagram continue to grow strongly.

There has also been talk of a potential tech slowdown during 2016, so it may turn out to be a tough year for social media companies in general. 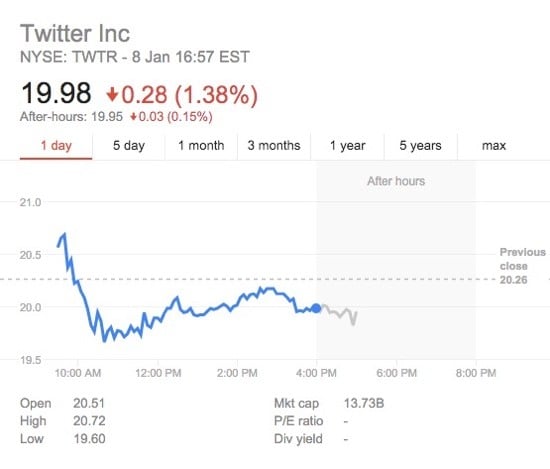