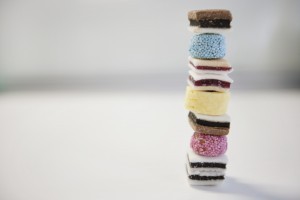 The company temporarily halted before their news release. The company released a formal press release from Chicago.

As news broke of the CEO’s unexpected death, shares skyrocketed as much as 7% on Wednesday. The company has been known for its secretive nature. Melvin Gordon, the now decreased CEO was known for his lack of business transparency over the years.

No-trespassing signs line the company’s buildings and Gordon hadn’t given an interview in years. Investors are hoping that the company’s new CEO, Gordon’s wife, will bring back some transparency.

Quarterly earnings were the only way the company announced changes to the media in past years.

Tootsie Roll’s current majority stockholder is the Gordon family which owns more than 50% of all shares.

Investors will want to watch the price of Tootsie Roll in the coming week. Speculations point out that the company may be bought out by rival candy companies in the near future.

Valued at $2 billion, shareholders have long suspected a company sellout. As analysts have stated, it’s rare for a company of this size to be controlled by one family.

Ellen Gordon is seen as being more open to a sellout than her late husband.

The company has yet to release their fourth quarter earnings. Investors hoped that the company would get back on track during the last quarter. Poor earnings plagued the company for most of 2014 as revenue declined by 0.5% in the first three quarters.

Demand is the major factor in whether Tootsie Roll will be able to turn their company around following the death of long time CEO. Even with income rises of 4% revenues are down and free cash flow plummeted by 93%.