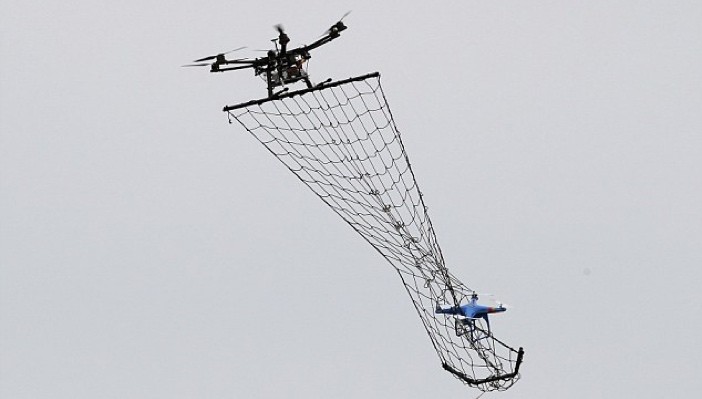 Consumer-focused drones such as those from market leader DJI are becoming increasingly popular and affordable. The US in particular has in the past year or two been pushing hard for much tighter regulation on drone technology, as well as the pilots.

But in Tokyo, another approach could turn out to be part of the security forces’ best ways of tackling rogue drones. Japanese police have unveiled a new drone that will help them take down illegal drones or those in restricted airspace. The “interceptor drone” has a 3 x 2 metre net that can render other drones incapable of flying, while also minimising the risk of injuring civilians.

Apparently, police offers on the ground will first attempt to warn anyone flying illegally via loudspeaker. If the warning is not heeded, the interceptor is launched with the aim of capturing the rogue drone.

According to the Asia Review, Japan will test a single drone in the first trials of its kind this month. There are also plans to have an entire fleet of drones that will protect the city’s most important buildings – by February 2016.

“Terrorist attacks using drones carrying explosives are a possibility”, a member of the police department’s Security Bureau said in a statement to The Asahi Shimbun. “We hope to defend the nation’s functions with the worst-case scenario in mind”.