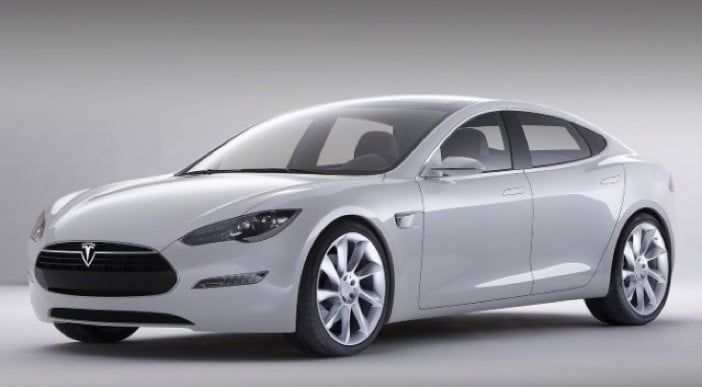 Tesla Motors says orders for the new Model 3 electric car reached 253,000 in the first 36 hours, an impressive start for the firm’s first mass market car, which may not arrive with customers for 18 months or longer.

Tesla’s Chief Executive Elon Musk on Friday tweeted that the new Model 3, which will go into production in late 2017, will sell for around $42,000, including the price of options and extra features which would mean the initial orders are estimated at a retail value of $10.6 billion.

The interest in the new vehicle, helped by steady tweets from Musk, might push Tesla’s stock price higher, which closed on Friday at $237.59 or 3.4 percent higher. The stock has recently risen over 60 percent since its 12 month low in February.

The average selling price suggested by Musk is higher than the $35,000 base price. Analysts earlier predicted the first Model 3s off the line in Fremont, California, could come with lots of extras and sell for between $50,000 to $60,000.

The car maker has done a costly expansion of the Fremont plant, boosting annual capacity to 500,000 by 2020, with the Model 3 ramping up gradually through to 2019.

Some analysts suggest the company could have trouble fulfilling the initial Model 3 orders, which require a refundable $1,000 deposit, until 2020.

Brian Johnson, an analyst with Barclays, said on Friday that the huge number of Model 3 orders “sets the stage for an equity offering” this year by Tesla, much of which would go towards factory construction and product development.

On Thursday last week, Musk unveiled the Model 3 prototype, a smaller companion to the Model S sedan, and a Model X utility vehicle.

Some buyers who placed early orders may have expected a lower price for the Model 3 after taking into account a $7,500 federal tax credit on electric cars. But once the manufacturers sell more than 200,000 electric vehicles, the credit starts to phase out. And with sales at the current clip, Tesla is likely to surpass that figure before the first Model 3 is delivered.