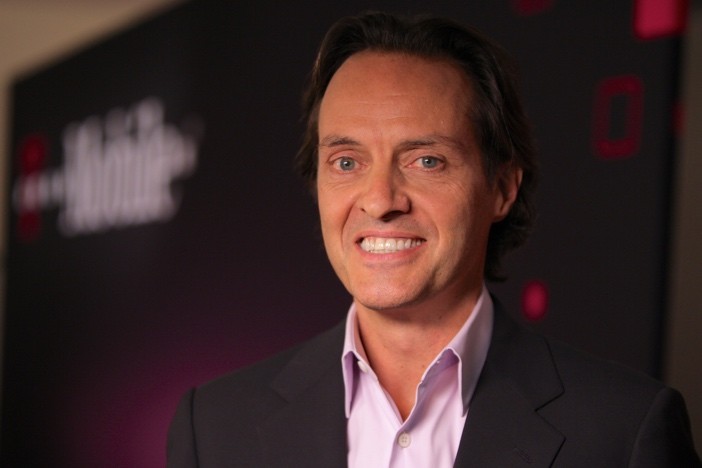 T-Mobile in the US is now ranked highest of the four major mobile operators in customer satisfaction, having beaten AT&T and Verizon in the past year, so says the American Customer Satisfaction Index (ACSI) report.

Overall, mobile operators beat home Internet and subscription TV providers, reflecting the greater competition in the mobile industry today. Internet and pay-TV companies apparently scored poorly in the most recent ACSI report, as they also did in other customer surveys.

“Innovation tends to be strongest in markets with multiple companies vying for consumer preference”,  said ACSI founder and Chairman Claes Fornell. “There are numerous wireless carriers and plenty of different cell phones to choose from. The same is not true for pay TV and ISPs, where consumers are usually beholden to a duopoly”.

T-Mobile managed 74 points on the ACSI’s 100 point scale, rising from 70 last year. AT&T and Verizon both scored 71. Verizon’s score was unchanged from last year, although AT&T gained one point. Sprint improved from 65 to 70 during the past year. However, even though T-Mobile came in top among the main four operators, TracFone Wireless beat them all with a score of 75. 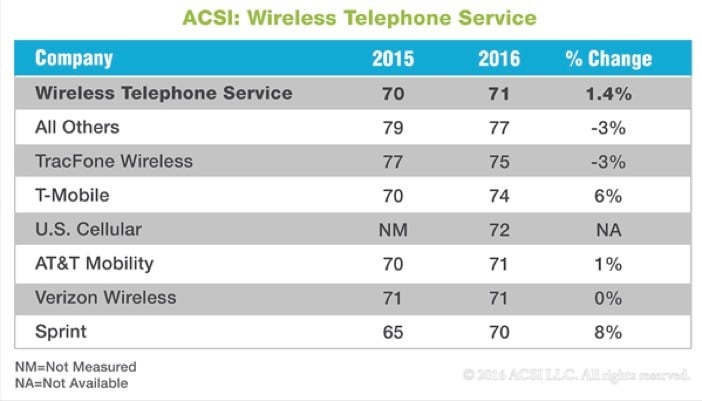 T-Mobile also apparently sold the most smartphones in the most recent quarter, says Counterpoint Research, despite being only half the size of Verizon and AT&T in terms of total subscribers. T-Mobile has been on a mission to turn itself around over the past few years, killing contracts and data over-chargers, while offering free international data roaming and rollover. It has also exempted some music and video services from data caps.

The ACSI’s survey asked customers about factors such as network coverage, call quality, billing, and customer service in stores, call centres and websites.

For T-Mobile, network quality was the biggest issue, though the firm has undoubtedly made improvements. They are also buying up more low-band radio spectrum to cover more of rural America and inside buildings.