US mobile phone operator on Wednesday said it had activated its new, faster 4G network under the name “LTE Plus”, in some cases doubling the available peak connection speeds to more than 100 Megabits per second (Mbps).

The enhanced network is currently available in 77 US areas such as New York City, San Francisco, Miami, and Austin. The network is based on the LTE Advanced standard and leverages advancements in mobile technology such as beamforming and carrier aggregation – in other words making use of multiple radio channels at the same time.

Besides the raw speed of the new network, Sprint says it’s doubling the network capacity with more signal range on its 2.5 GHz radio band. The other bands in use – 800 MHz and 1.9 GHz, are much slower but can be used as a backup for better coverage. The 800 MHz band in particular is said to be particularly suitable for indoor reception. 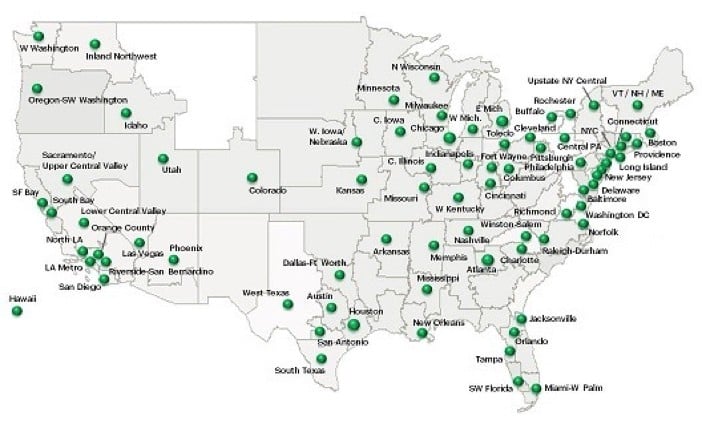 There are currently just 13 devices that can use the new LTE Plus network – including the iPhone 6s and iPhone 6s Plus, which are able to support LTE Advanced speeds up to around 300 Mbps.

The enhanced network will expand as Sprint makes improvements and upgrades to its existing infrastructure, though no timeline has yet been announced by the company.