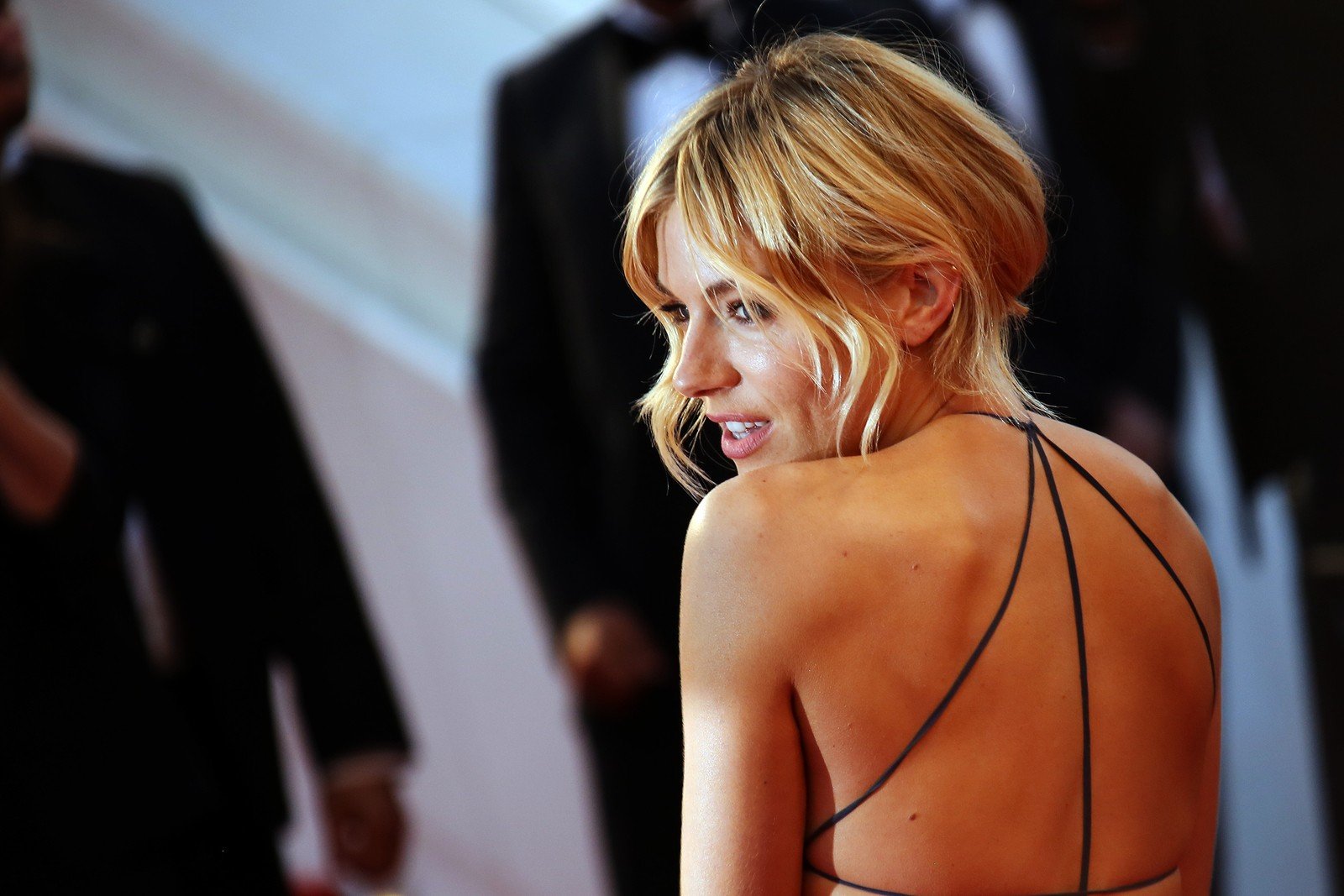 The blonde bombshell took stage at the Golden Globes alongside Ben Affleck and Zoe Saldana. The three appear in Live By Night a new movie written by Affleck. The movie is based off the novel written by Dennis Lehane.

Live By Night is set in the 1920s and follows a group that’s mixed up with organized crime. Miller plays Emma Gould, a mistress of a mobster in the movie.

Affleck plays Joe Coughlin, a notorious mobster Coughlin is the son of a Boston police captain. He climbs the ladder of organized crime and ends up in jail for bank robbery. Emma Gould has an affair with Joe, leading to steamy scenes between Affleck and Miller.

The two filmed several sex scenes together. Affleck played producer trying to give Miller notes that ended in Miller telling E! News “it’s hysterical.” She noted a close, brother-sister relationship between the two actors that led to a lack of awkwardness.

“He’s very professional – I am not,” she stated, saying there was a lot of giggling during the scenes. The scenes included nine hours of filming in one day.

She praises Affleck’s professionalism on set and notes a moment when Affleck tells the movie director to keep rolling. The marathon sex scene left Miller laughing, stating that, “No one can do what you’re doing.”

The actress states there are outtakes of her leaving the room with tears running down her face in laughter.

Affleck recalls the actress asking, “How long can you go? You’re Superman!”

The actress broke from the rigors on the set to go home for the holidays. Miller relocated to New York City in 2016 with her four-year-old girl, Marlowe. The actress told People.com “she’s like a petri dish of germs,” speaking of her daughter.

“She got nits for the first time – like head lice,” she said.

The actress recalls her daughter telling her, “I’ve got ants in my head.” The actress immediately knew she was talking about lice. Quick action allowed the single mother, recently separated in 2015, to get rid of Marlowe’s lice.

“We had the hair fairies over,” she joked in her interview.

The two went to England to snuggle up next to the fireplace and watch movies.

Miller becoming a mother changed her career for the better. The actress started focusing on her roles and her vision on life. The change led to roles in American Sniper, The Girl and Live by Night and a few shorts along the way.

The actress is reportedly dating Bennett Miller. The two worked together in 2014 and were linked together in 2016. The two were spotted at several tennis tournaments together, including Wimbledon and the U.S. Open. They were seen dancing at the Met Gala after-party in May 2016.