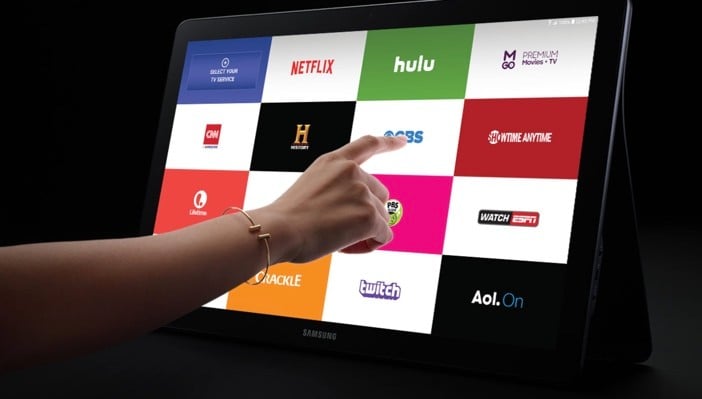 As tablets appear to be getting larger (to wit, the recent release of the Apple iPad Pro), Samsung Electronics has just released it’s enormous 18.4-inch Galaxy View tablet, with a screen size bigger than the majority of laptop displays.

According to sources in the Far East, the Galaxy View, which was first introduced in the US this month (and now sees its domestic market launch), is a new product that allows users to interact more like the would on a big screen TV, with the screen eminently suitable for video and pictures, but with the portability of a tablet device.

The Galaxy View also has a kickstand (similar to the Microsoft Surface) which allows it to stay upright without needing support, as well as a handle on the back to make carrying it easier. The tablet also has dual stereo speakers, and weights 2.65 kilos, despite its size.

The new tablet costs 690,000 Korea Won ($599 US) and will be available in South Korea imminently. In the US, the Galaxy View is already discounted to $499 on Samsung’s website.

Meanwhile, Apple’s iPad Pro has received largely positive reviews, and is leading the march towards bigger tablets with more pro-sumer features such as advanced styli and more professional apps.