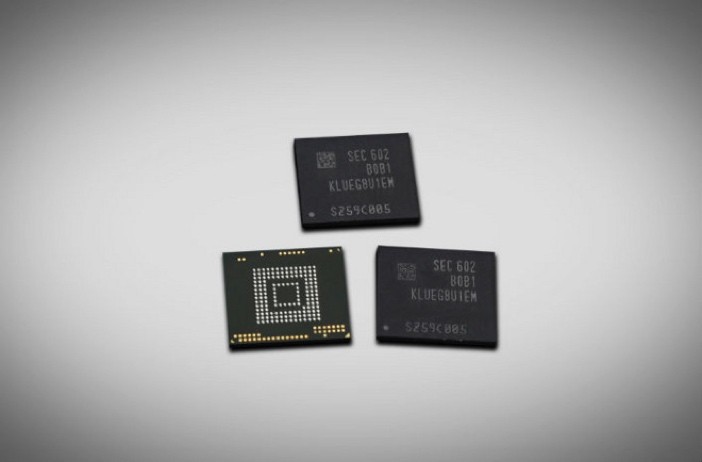 Anyone buying a new smartphone in future may not have to decide which photos and videos to delete from their phone, as Samsung has this week announced its first 256 GB chips designed for mobile devices.

The new chips use the UFS 2.0 standard, which according to Samsung makes them even faster than SATA type SSDs used in desktop PCs. Sequential read speeds can reach 850 MBytes per second, with write speeds at almost 260 MBytes per second.

“By providing high-density UFS memory that is nearly twice as fast as a SATA SSD for PCs, we will contribute to a paradigm shift within the mobile data storage market”, said Samsung marketing exec Joo Sun Choi. “We are determined to push the competitive edge in premium storage line-ups – OEM NVMe SSDs, external SSDs, and UFS – by moving aggressively to enhance performance and capacity in all three markets”.

Samsung says the chips are smaller than a MicroSD card, a clear benefit to smartphone makers as the space inside such devices is limited by the need for larger batteries as well as thermal heat requirements.

As far as companies like Apple are concerned, it’s not clear which manufacturers will move to UFS in the future. Samsung is a major supplier of memory chips for the iPhone, and the iPhone 6s uses a PCE-E controller with NVMe, which is more similar to the storage used in a MacBook than to Samsung’s new chips.