Trending
You are at:Home»Street Insider»What is the Real Reason for Saudi Oil Policy?
By Jacob Maslow on January 29, 2015 Street Insider 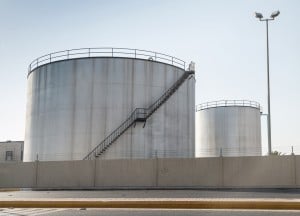 The two factors that most oil industry observers tend to agree on as the main causes of the crash in oil prices might be wrong. Many oil industry observers pin the blame on both softer global demand and Saudi Arabia’s risky gambit to protect its market share against North American oil production. Put together, this has led to more than 50% reduction in the price of global crude.

As the days pass, it’s beginning to become clear that Saudi Arabia is not as worried about its North American market share as we’ve been initially been led to believe. The picture is beginning to emerge that Saudi Arabia is primarily concerned about long-term changes in global oil consumption. Thanks to several years of sky-high oil prices, billions of dollars globally have been spent on alternative and renewable-energy sources like solar and wind power among others.
Also, billions of dollars in tax incentives have been implemented to artificially boost demand for non-fossil fuel sources of energy. This has been creating accumulative effect and a change in culture, especially among developed countries. According to a senior adviser to the Petroleum Minister of Saudi Arabia from 1988-2013, Mohammad Al Sabban, the Saudis are concerned about this fundamental change in energy investments. Particularly, the Saudis have been looking at renewable energy and fuel efficiency investments.
The long-term game plan is influenced by the view that if oil were to remain extremely expensive, more and more investments will be plowed into fuel efficiency as well as renewable energy like solar and wind. The fear is that there would be a tipping point from which oil-producing countries would never recover from. It is beginning to appear that the current depression in oil prices is all about reorienting the world’s energy habits.