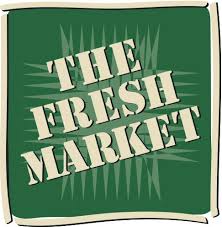 For the second consecutive quarter, The Fresh Market’s performance has exceeded specialty food retail peers. Sales were better than expected on slightly higher comp growth and stronger new store productivity, while merchandise margins were solid despite higher meat and dairy inflation. We are encouraged that the company is refocusing store development efforts in core Southeast markets, where performance has been strongest.

Sales also are improving in expansion markets, and the company appears to be doing a better job of marketing and building brand awareness ahead of new store openings. Competitive store openings have been an increasing headwind, with roughly 300-basis-point negative impact on comps this quarter. The third-quarter impact is expected to be greater yet, but new competitive openings are expected to moderate sequentially in the fourth quarter. We believe it is still premature to call this the turning point for the company, yet the rising short position/bear case (that the company would be marginalized by competition) appears to be weakened by these results.

We are increasingly comfortable recommending shares for GARP investors, especially as valuation on The Fresh Market is depressed relative to specialty food retail peers. Second-quarter adjusted EPS of $0.36, which excludes $0.13 of store closure costs, was in line with our estimate and $0.01 above consensus. Total sales of $422.2 million were $10 million higher than consensus on better comp-store sales and higher new store productivity (83% in quarter). Comp-store sales increased 2.9%, slightly higher than the 2.7% consensus projection, driven by a 2.7% increase in traffic and a 0.2% increase in average ticket.