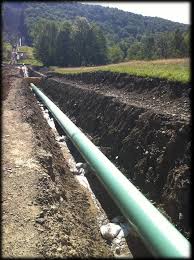 Kinder Morgan (NYSE:KMI) announced on Tuesday that the energy company will cut its dividends by 74%. Shares for the company skyrocketed 7% on Wednesday following the news, and Moody’s even increased the company’s ratings up to “stable” after being marked “negative” by the group. Kinder’s management is moving towards financial responsibility, and Standard & Poor applauded the company’s cut to dividends.

A conference call with the company reaffirmed that the underlying business is performing well. Cash flow for the company is expected to increase 6% to 10% in 2016. Lower oil prices have hurt the company, but CEO Steve Kean told investors that the company is still strong and growing.

The company will maintain $3.85 billion after paying the reduced dividends to investors. Kinder currently has a $4.2 billion capital budget for 2016.

Analysts are suggesting that other energy companies may follow the move of Kinder Morgan and cut dividend rates in an attempt to maintain capital in 2016. Continuing declines in oil prices has caused the company’s 7% rally on Wednesday to be short-lived. In mid-morning trading on Friday, the company’s stock slid 5.3%, currently trading at $16.10 a share.

The company’s stock has declined rapidly since its October high of $32.68 a share, currently down over 50% in the last two months. Stock prices for Kinder Morgan opened on January 2, 2015 at $42.81 a share.