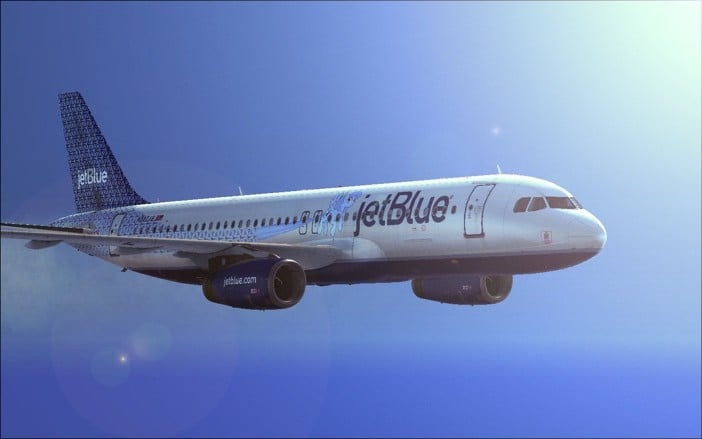 Even though most planes we use today are fairly modern and sophisticated, most of them still have really poor and outdated in-flight entertainment systems.

Perhaps that’s the reason why most people stick to using their tablets, phones and laptops, especially now that some flights have onboard Wi-Fi. To appeal to its passengers, JetBlue plans to upgrade its dated entertainment systems to an Android-based solution, as well as adding new content.

The system is unlikely to run vanilla Android, and will probably have a skinned interface with some limitations in terms of features. It could still however adopt the familiar Android user interface with on-screen buttons. Users will apparently be able to browse the web, view streaming television, more than 100 DirecTV channels, and over 300 movies and TV shows delivered via a server on the plane.

Also, users will be able to use custom apps, though it’s unlikely that they will be able to download any apps from the Google Play Store. The new system will use a high definition 10.1 inch display. The previous system had just a 5.6 inch display with 36 TV channels and just 3 movies played in a loop – all of that was standard definition only and controlled via a remote control.

Here’s a before and after comparison: 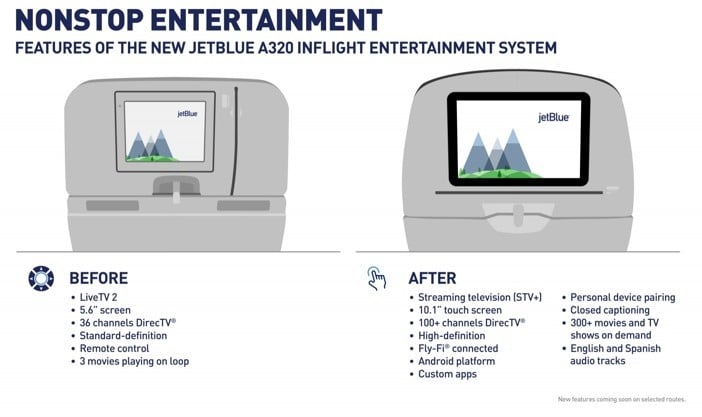 Users will also be able to just pair their own devices to a 10-20 Mbps Wi-Fi network. Other improvements in the new system include AC power sockets and USB ports on every seat. The upgrades for JetBlue’s 130 A320 jets won’t begin however until early next year with a completion date of 2019.