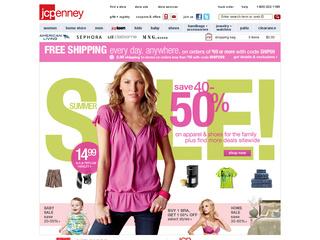 Excluding items, the company earned $0.39 per share, compared to $0.40 from the year before, beating average expectation of $0.23 a share, according to Thomson Reuters I/B/E/S.

Sales for the last three months leading to the holidays grew 2.6% to $4 billion, beating analysts’ estimates of $3.99 billion.

J.C. Penney said it expects positive adjusted earnings for the current year and sees a 3% to 4% increase in comparable sales.

The retailer forecasts this year’s EBITDA at $1 billion, and a 40-60 basis points increase in gross margin compared to the previous year.

As of  Thursday’s session, J.C. Penney shares have so far gained 25.5% this year.