Trending
You are at:Home»Street Insider»Is the US Stock Market a Victim of Its Own Success?
By Jacob Maslow on February 23, 2015 Street Insider 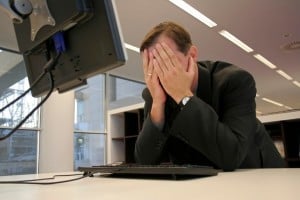 I’d like to think that US stock markets operate like a clown car. You’ve seen a clown car before. It’s a small car with a huge number of clowns inside. It takes a long time for one clown to get out, and once he gets out; it seems that the amount of clowns coming out never ends.

This clown car analogy has been used to describe the price of oil. For the longest time, the price of oil seems to be permanently stuck at above $100 per barrel. However, once everyone wised up to the fact that the emperor wasn’t wearing any clothes, the price of oil crashed by more than 50%. In the same way as a clown car is very hard to unclog at first, once you get those first few clowns out; it empties out pretty quickly.

I suspect that the same dynamics play out in the larger US stock market. There’s a lot of stimulus-based funny money floating around. It’s clogging up the financial systems and ridiculously pricing out would-be investors. Eventually, the US stock market would be simply too expensive. Once a market reaches that point and there are no new investors (or new fools, depending on how you look at it), there is only one direction to go: down. It is no surprise that many of the big bulls that used to be very big on US stocks like BMO Private Bank’s Jack Ablin are now bearish on American stocks.

It’s only a matter of time until there is quite a bit of a correction. There’s really no other place to go. We’re kind of stuck in valuation limbo.