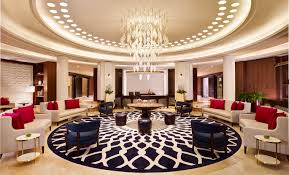 According to Faber, the two companies may reach an agreement as early as next week.

Starwood had announced in April that the company was considering a sale and that it was exploring strategic options. Brands under the Starwood name include Westin, W, and St. Regis.

Adam Aron took over as CEO of Starwood after Frits van Paasschen step down in February, but the company is still lagging behind its major competitors, which include Hilton Worldwide Holdings Inc. (NYSE: HLT) and Marriott International Inc. (NASDAQ: MAR).

A source close to the matter also stated that there are at least three Chinese firms that are looking to acquire Starwood. Jin Jiang International (Holdings) Co., HNA Group Co. and China Investment Corp. have all applied for approval from the Chinese government.

Starwood also announced on Wednesday that Vistana Signature Experiences, the company’s timeshare unit, will be spun off and purchased by Interval Leisure Group Inc. Starwood’s shareholders maintain a 55% stake in the combined company if the acquisition goes through.