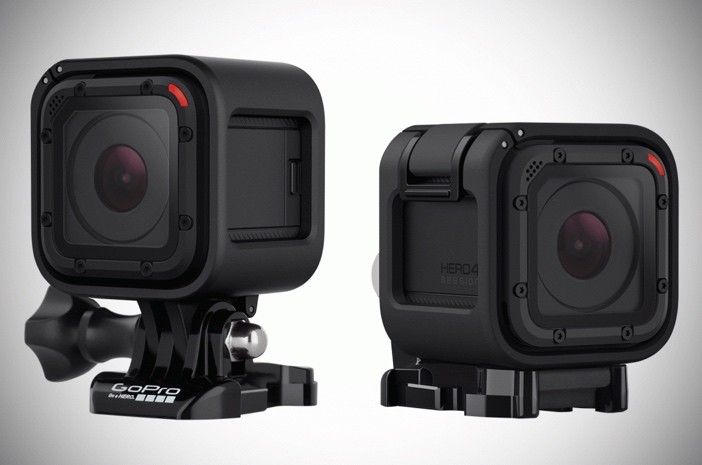 It was a fairly disappointing day yesterday for action cam company GoPro, as the firm said it would axe around 7 percent of its staff after lower than expected Q4 sales, an announcement that sent its shares falling.

GoPro states that fourth-quarter 2015 revenue will come in at $435 million with non-GAAP gross margins between 34.5 and 35.5 percent. That figure is lower than analysts’ projections of around $511 million, reports Bloomberg. For the full year, the company expects to bring in $1.6 billion.

Part of the reason for last quarter’s bad performance was the launch of GoPro’s Hero 4 Session camera – a smaller and more basic version of its popular Hero range of cameras. Despite being smaller, the device cost as much as a Hero4 Silver edition but with less features, a fact that didn’t encourage new customers to buy the new model.

After just a few months of availability, GoPro cut the Session’s price by $100, before cutting the price by another $100 prior to the holidays. GoPro is suffering a $21 million charge due to the price reduction.

GoPro is currently restructuring and will reduce its workforce by 7 percent to “better align resources to key growth initiatives”. The company said that the number of employees has grown by 50 percent annually in the last two years to around 1,500 people. The restructure will cost the company between $5 and $10 in Q1 this year, with a sizeable proportion of that cost being used by severance pay, said GoPro.

Besides the disappointing financial results, SVP of Entertainment Zander Lurie will leave to replace former HP exec Bill Veghte as CEO of SurveyMonkey, according to Re/code. Lurie and Veghte will both have seats on the boards of the companies they are leaving.

GoPro’s financials sent the firm’s stock price falling. By yesterday, shares had fallen around 25 percent in after-hours trading and even below the $24 IPO price. During 2015, GoPro shares fell 72 percent, losing $10 billion of the company’s market value from its high of $12 billion in October 2014.