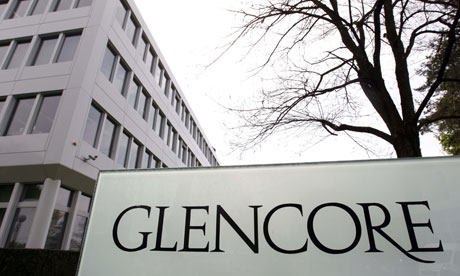 Commodities are headed for its best week in over three years after Pacific Investment Management Co. announced that the worst of the collapse is behind us. The news boosted mining companies, and sent Glencore Plc (LON:GLEN)shares soaring, doubling from its record low in September.

Bloomberg Commodities Index was up 4.4% this week, with crude oil’s 10% jump leading the gains. Zinc rallied as Glencore, the metal’s biggest producer, announced that it was planning to cut output by one third.

Raw material prices rebounded from the 16-year low reached in August, which eased pressure on debt-strapped producers. Pimco says that the cutbacks announced by Glencore will put a floor under prices. The FTSE 350 Mining Index climbed 18% this week, its highest level in six years, as a result.

Zinc skyrocketed 11%, its biggest jump since 1989, to reach $1,850 a ton over on the London Metal Exchange. Other metals on the bourse advanced as well, including copper which was up 4.1%.