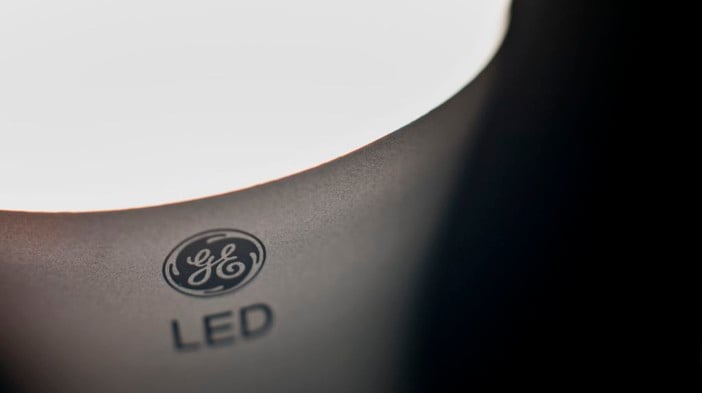 On Monday, General Electric (NYSE:GE) announced a new collaboration with Qualcomm (NASDAQ:QCOM) and Apple (NASDAQ:AAPL) as it uses digital technology to breathe fresh life into its 130 year old lighting business.

With chip manufacturer Qualcomm, GE will offer retailers a way to connect with consumer smartphones via technology inside LED lightbulbs. One of the uses of the “indoor positioning” tech may be to transmit store coupons to shoppers based on their in-store location.

GE will also make a new LED bulb that works with Apple’s HomeKit connected home platform. The bulb is said to change colours throughout the day and align with the body’s natural rhythms, for example cooler light temperatures during the day and a warmer glow at night.

The new tie-ups highlight GE’s plan to penetrate the new market for connected lighting that works with a variety of smart devices and the Internet of Things.

GE obviously sees a huge opportunity to sell LED bulbs, using sensors and other embedded tech in the LED bulbs that provide various benefits to consumers, businesses and cities, according to Beth Comstock who is in charge of GE Business Innovations.

“There’s now a data stream from light that is going to create opportunity to be more productive,” said Comstock, in an interview about the company’s lighting strategy.

GE is also undergoing a major overhaul at the moment, losing most of its finance division to focus on industrial products such as jet engines and power turbines.

Some had predicted that the US company would divest its lighting business after selling its appliances segment last year and moves by Siemens and Philips to sell their lighting units. GE Lighting made around $2.5 billion in revenue in 2015, 2.3% of the company’s industrial sales.

Comstock said lighting is a good fit for company CEO Jeff Immelt’s desire to marry software and analytics with GE’s industrial equipment, which the firm calls the Industrial Internet.

“LEDs plus software, it helps GE continue its Industrial Internet expansion and I think the lighting business has a big role in GE’s future because of that”, Comstock said.

Intelligent lighting is now drawing companies that manage other smart building systems and controls, such as Honeywell, as well as startups focused solely on lighting. It remains to be seen how successful GE’s efforts will be, but it certainly has the chops in lighting to be a strong force in the industry.