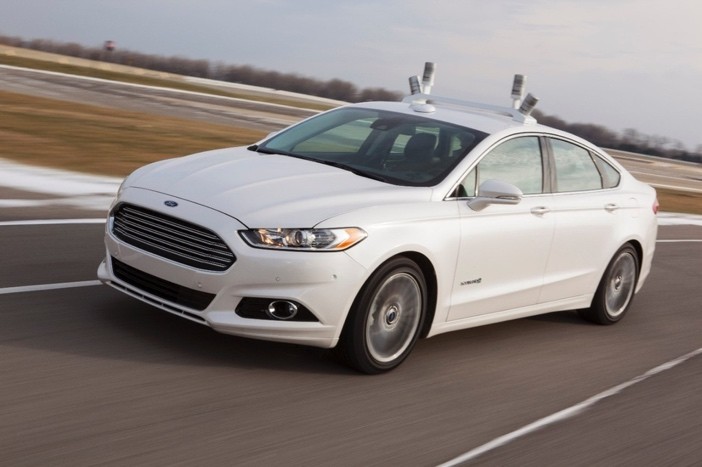 Ford said on Tuesday it will triple to 30 the size of its self-driving test car fleet, with plans to accelerate the development of autonomous vehicles.

The announcement came during the Consumer Electronics Show (CES) in Las Vegas, in which Ford said it will start using a new, low-cost LiDAR sensor made by Californian company Velodyne. The cost of the sensors, which act as the eyes of most self-driving cars, is typically one of the main obstacles to widespread commercialisation of self-driving vehicles.

For will the the first carmaker to use Velodyne’s new solid state “hybrid Ultra PUCK Auto” sensor. The device replaces the spinning scanners on the roofs of some autonomous cars. Ford said that two sensors could replace four of today’s LiDAR sensors. The Ultra PUCKs are also small enough that they can be mounted on a side-view mirror, according to Ford.

The motor company said it will add 20 hybrid Fusion sedans to the current fleet of 10 self-driving cars and test them on roads in Arizona, California, and Michigan. Rival companies are also testing such fleets on public roads. Google for instance has been testing its own designs since 2009.

Ford also said it’s looking at ways to link home automation devices such as Amazon’s Echo to the “Sync” communications system in its cars, to allow users to control lights and other smart home controls from the car, or even start cars and check fuel levels inside the home.

Meanwhile, Ford also said it will collaborate with drone maker DJI to sponsor a contest for developing drone-to-vehicle communications systems. Contestants will design a system that United Nations workers can use to survey disaster areas, said Ford, and the winner will receive $100,000.