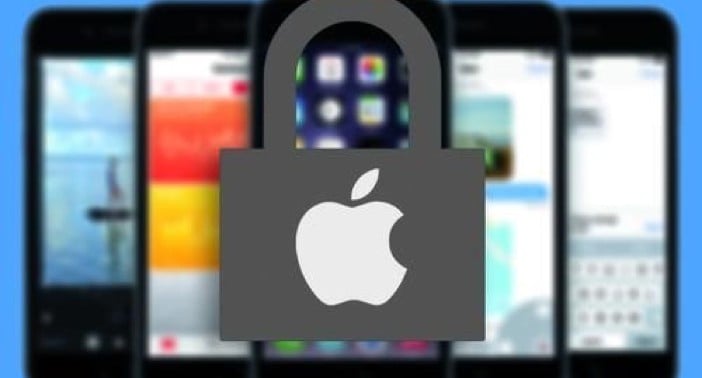 Following a third party’s claim that they can show the FBI how to unlock San Bernadino killer Farook’s iPhone, court records show the US government is cancelling the planned showdown with Apple today, filing a motion to vacate the hearing.

The move came just hours after Tim Cook told the world that his firm would never sell out their privacy:

“For many of us, the iPhone is an extension of ourselves” Cook said at a media event at the company’s HQ in Cupertino, CA. “We need to decide as a nation how much power the government should have over our data and over our privacy. We did not expect to be in this position, at odds with our own government. But we have a responsibility to help you protect your data and protect your privacy. We owe it to our customers and we owe it to our country”.

“We will not shrink from this responsibility”, Cook added. In case the message wasn’t clear, Apple’s music selection spoke volumes – at the end of the event, Tom Petty’s “I Won’t Back Down” played at the venue. 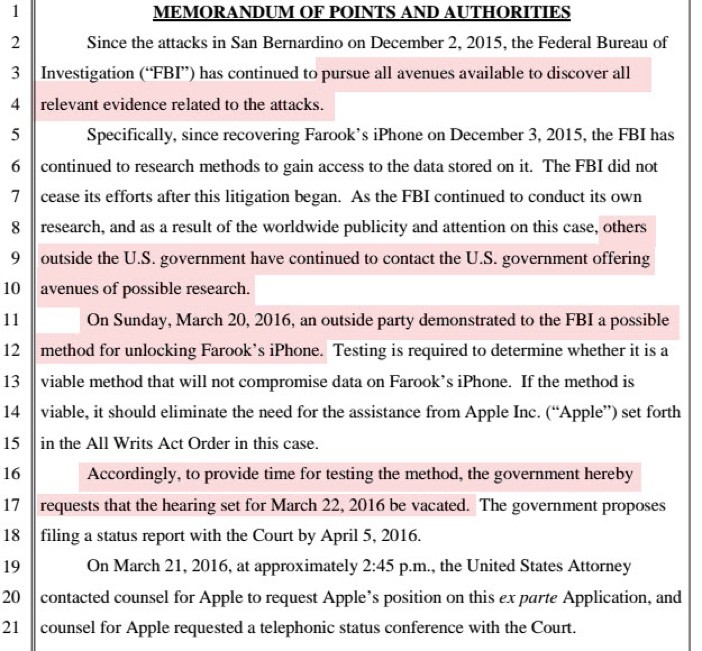 According to the memorandum as shown above, “On Sunday, March 20, 2016, an outside party demonstrated to the FBI a possible method for unlocking Farook’s iPhone”.

However, the third party and the methods involved are mysteries.