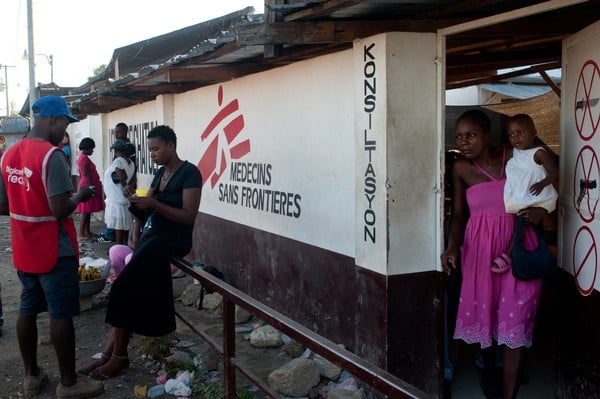 Drugmaker Pfizer released their Q4 earnings report yesterday that showed the company beat earnings estimates and had a net income of $613 million. The company reported total revenue of $14.05 billion.

The news did not help the company’s stock, which fell by over 2% on the day because the company provided weak guidance.

Doctors Without Borders released a statement that attacked the company. The statement alleges that Pfizer continues to maintain sky-high prices of its pneumonia vaccine, which keeps the drug out of reach for millions of people, mostly children, in developing countries.

The prices are so high that many governments and humanitarian organizations are not able to provide children with vaccinations that can save millions of lives per year. Approximately 1 million children under the age of five die each year due to pneumonia, which could be easily circumvented if the company’s prices were more affordable.

According to the statement, even at the lowest price point available, the price of the WHO recommended package of vaccines has increased by 68 fold in the last 10 years. The biggest increase comes from Pfizer’s pneumonia vaccine, according to Dr. Monica Balasegaram, executive director of Doctors Without Borders / Medicines Sans Frontiers (MSF).

MSF released the vaccine pricing report that shows the poorest countries are paying 60 times more than they did in 2001 to vaccinate children. Many of the countries in the world have banded together, and 193 governments met in Geneva in May 2015 to demand more affordable vaccines and price transparency.