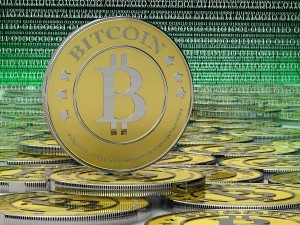 Startup Colu secured $2.5 million in funding. Colu is a 2.0 startup with plans to build software that allows tokens to be stored digitally. The company hopes that their digital token software will allow consumers to buy tickets via bitcoin and store these tickets digitally.

Digital tokens would provide an extra layer on top of bitcoin. The company states that their software will allow for faster, secure means of product verification. Lower costs are a bonus for companies.

The Tel Aviv-based company’s app is currently in beta. Plans indicate that the company is set to release an API so that other apps can use the company’s digital tokens.

Digital tokens present further functionality than a standard ticket. Amos Meiri, co-founder of Colu, sees a bright future for the company. Using a system similar to bitcoin wallet, users would be able to sell or delete tokens as necessary.

Digital codes stored in the tokens will allow for further verification. Hotels and concert halls are two of the company’s target markets. Meiri has stated that through digital verification, artists could opt to receive a cut of ticket sales if the purchaser opts to resell the ticket.

The goal of the company is to take bitcoin out of the equation. Businesses and consumers would receive and pay for products through the digital currency, yet the software would make the transaction seamless.

Colu is still in its formative stages. The company has not yet finalized how they will earn revenue.

Colu is another company with hopes of bitcoin popularity rising. With more businesses incorporating bitcoin into their payment systems and the addition of Coinbase’s bitcoin exchange, investors can expect more companies like Colu to enter the market.