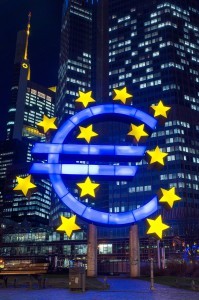 It is easy to get excited about central bank stimulus packages. First, if you are an investor, a stimulus scheme in the form of Quantitative Easing is almost sure to drive up the stock market. As central banks make money cheaper to borrow, a lot of this money will eventually find its way into the market. This drives up the price of existing stocks.

The whole idea behind a central bank stimulus is to release enough liquidity into the market that some of it would find its way into the real economy. We are talking about cash to fund investments that would lead to businesses that employ people. The more people are employed, the better the economy gets. Well, at least that is the way stimulus packages are marketed. The problem is there are two very important side effects that people should be mindful of. These two side effects can cause the opposite effect. Instead of the economy improving, these effects can actually derail the larger economy.
The first shadow effect of a stimulus is currency devaluation. It makes the home currency of the central bank cheaper. On the plus side, it makes the central bank country’s exports cheaper. Also, it makes the central bank’s debt cheaper to pay off.
The downside to this is that other countries are not dumb. They see that currency devaluation is going on, and they will try to retaliate in one form or another. This is precisely what played out with the U.S. Federal Reserve. When the U.S. Federal Reserve did Quantitative Easing, Japan followed suit. Now, the European Union is doing the same thing. Where does it end?
Once one economy devalues, another economy responds. This triggers another devaluation, and so on and so forth. This makes the danger even more alarming, because all this cheap money is now flooding into the market. This brings us to the second shadow effect of Quantitative Easing.
Once you have all this money flooding into the market, the prices of companies worth investing in go up. Once all the good companies are fully invested in and are fully valued already, what happens next? That is right. All that cheap money is then invested into riskier stocks. There might come a point where all these risky stocks are so inflated that economic reality will catch up to them. There are many companies that are prone to shocks and just harsh economic realities. These are companies that you shouldn’t be investing in.
Sadly, there is a moral hazard to cheap liquidity, because of hedge funds and mutual funds’ insatiable need for returns. They have to invest that money somewhere. The moral hazard is, once you start inflating stocks that you should not have been investing in to begin with, all bets are off. It only takes one small trigger for the whole house of cards to come crashing down.