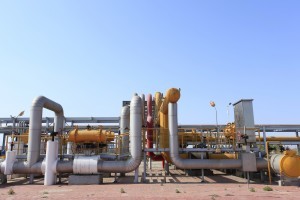 One of the long-running bright spots in the overall gloomy US economy over the past few years is the energy sector. Thanks to the boom in shale oil exploration and drilling in North Dakota and other states, the jobs picture in the United States has dramatically improved. Well, now that oil prices have crashed by more than 50% a lot of those oil jobs are going away. In fact, the number of oil rigs in the United States have been declining steadily the past few months. Add to this the almost overnight evaporation of new field exploration or drilling permits and you can see some serious circumstantial evidence of a massive slowdown in oil jobs.

With all things being equal, this shouldn’t be all that bad. The American economy is quite a diverse economy. There are many other kinds of jobs out there. There are many different industries that need people. With that said, there’s also a growing global economic slowdown. Japan is in deflation. Europe is showing signs of deflation and high unemployment. Even China just had its slowest rate of GDP growth in over 20 years. Put all together, this might put downward pressure on US job creation. The US doesn’t exist in a vacuum. A lot of its multinationals may be hit by a slowdown in global demand.
This can translate into job cuts not just internationally, but back home as well. If you factor in the job cuts that are related to the oil jobs being lost due to oil’s crash, you might have a very scary overall jobs picture. Will all these factors be enough to undermine the recent signs of strength in the US job market? One key clue to this is the overall jobs picture that would emerge from all the layoff or cost-cutting measures announced this earnings season. Stay tuned for those announcements.
So far, IBM has indicated that they would cut thousands of jobs. The same goes with eBay and American Express. If this becomes part of a larger trend where the layoff numbers keep growing and more and more companies are announcing layoffs, rough times may be ahead for not just the US job market but the overall US economy as well.