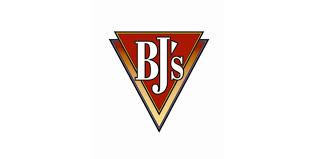 BJ’s announced a $100 million increase to its share repurchase program (implemented in April), to $150 million. In tandem with the announcement, the company disclosed that it has already effectively exhausted the original $50 million program, with $48 million repurchased so far, including $38 million since the end of the second quarter (over 1 million shares).

The company is also working to finalize an expansion of its revolving credit facility, from $75 million to $150 million. As of today, BJ’s has $25 million in funded borrowings under the facility and an additional $11.5 million of standby letters of credit outstanding under the facility supporting the company’s insurance arrangements. We estimate BJ’s will generate roughly $5 million to $10 million of free cash flow in 2014.

Given the faster-than-expected pace of already-completed share repurchases (net of incremental incurred interest expense on increased debt balances), we are increasing our 2015 estimate by $0.02, to $0.96 (up 25% and versus consensus of $0.99). Our 2014 estimate remains $0.77 (in line with consensus). Our estimates do not include any prospective share repurchases. We continue to view BJ’s stock valuation of 38 times our 2015 estimate as steep pending evidence of a sustainable turnaround in sales and margin trends.