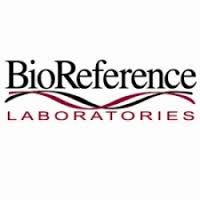 Bio-Reference Laboratories reported better-than-expected third-quarter revenue, EPS, and cash flow, though receivables remain elevated and management lowered full-year guidance. The majority of the revenue beat relative to our estimates was driven by revenue per patient as a result of continued strength in GeneDx, notably inherited cancer testing. Gross margin was in line with our target despite the revenue beat, which led to a smaller-magnitude EPS beat; EPS were $0.55 versus our target of $0.54 and consensus of $0.53.

Guidance for the remainder of the year was lowered, partly because of expectations for increased legal fees as the company continues litigation with Myriad Genetics related to BRCA patents. Fourth-quarter EPS guidance was $0.62 to $0.64, below our estimate of $0.70 but in line with Street consensus at $0.63. This guidance implies full-year EPS of $1.65 to $1.67 (growth of zero to 1%), down from previous guidance of 10%. We project fourth-quarter revenue growth of 19%, which should be aided by the anniversary of private-payer pricing pressure seen in 2013 and continued acceleration of inherited cancer testing volumes as the GenPath salesforce begins to more broadly sell BRCA testing.

We also model quite a bit of EBIT expansion as the company’s revenue increasingly offsets infrastructure investments. For 2015, the company expects operating expenses to increase as a result of legal fees, investment in billing services and additional sales personnel. We forecast revenue of $922 million and EPS of $1.87 versus our prior estimate of $897 million and $1.98, respectively.

The stock is trading at 17.1 times next-12-months’ earnings, compared with its three-year average of 14.7 times. Bio-Reference has had solid revenue growth despite a challenging reimbursement environment driven by double-digit volume growth, most notability in GeneDx. Further, management reiterated that the reimbursement environment for the lab space has stabilized. Based on uncertainty around reimbursement for more complex genetic testing and a corresponding impact on days’ sales outstanding (and other cash flow metrics) given the contribution of these tests to revenue growth, we maintain our Market Perform rating.