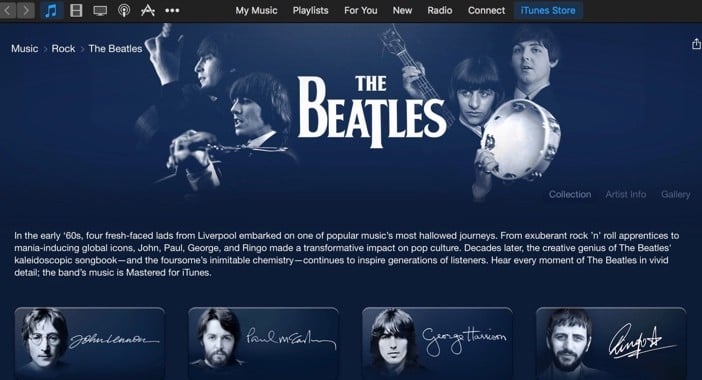 The Beatles may soon be available on one of the popular streaming music services on December 24th.

The Beatles have not really embraced the world of online music streaming. They’re available on iTunes already and Rock Band, but nothing else. However, that may all be about to change. Billboard sources say that the British legends plan to make their catalog available for streaming on Christmas Eve. It’s not clear yet however which services will carry the Beatles, but long talks for an exclusive at an unknown service apparently fizzled out.

There are some reasons to believe that The Beatles’ music will soon be available. In the past, individual band members’ solo music came to iTunes prior to the Beatles launch. And now it’s also happening at Apple Music and Spotify. There are now even some Beatles videos on YouTube which in the past was rife with bootlegs.

Even though Paul McCartney once dissed the whole concept of streaming music, he’s apparently changed his mind quite some time ago. In any case, the Fab Four may not have had much choice when streaming is increasingly becoming the best way to listen. The band and label doesn’t want a new generation growing up that’s never heard of John, Paul, George and Ringo, after all…