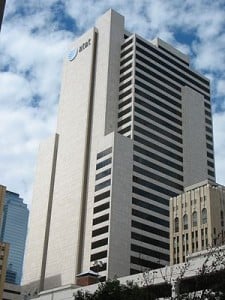 AT&T (NYSE: T) continues its push south of the border. The company’s third deal to expand south, AT&T has agreed to buy Nextel’s Mexico division in a $1.875 billion dollar deal. Purchased from NII Holdings Inc. (NIHDQ) the deal will include network assets, licenses and stores.

Nextel Mexico, according to AT&T, will bring 3 million customers to the Dallas-based telecom.

The company has stated plans to expand competition in the Mexican market. Faster mobile Internet speeds are the main concern for the company going forward.

AT&T has stated that the deal will close mid-year.

Investors weary of the acquisition should note that the deal does not include debt. NII has filed for bankruptcy and is selling their Mexico division in hopes of bolstering the company’s Brazilian companies.

America Movil SAB was not targeted by AT&T. Movil, the dominant provider in Mexico, must sell portions of its business to comply with new laws.

AT&T’s plans to target the less competitive Latin markets are in full swing. Potential acquisitions of America Movil SAB in the future can further propel the company’s expansion going forward.

The company’s net income levels have been on the decline since December 2013 where profit margins stood at nearly 21%. Data from September 2014 shows that AT&T’s profit margins dropped to 9.1% despite similar revenue numbers.

Expansion into the Latin market is expected to help the company’s profits to grow.