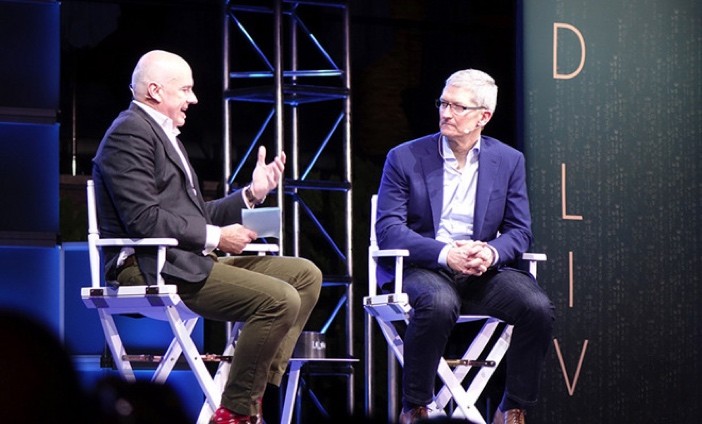 Apple CEO Tim Cook just revealed at the WSJD Live conference yesterday that Apple Music has 15 million users (with 6.5 million paying), but remained tight-lipped about Watch sales as well as the rumoured car project. He also said that the new Apple TV will go on sale this Monday, and will ship to customers towards the end of the week.

The interview started with WSJ editor Gerard Baker attempting to glean information about Apple Watch sales, who has been mum so far on sales performance and plans for the next version.

Cook however did reveal some information about Apple Music, and said that the new streaming service has 6.5 million paying subscribers and 8.5 million trying it for free. He spoke highly of Apple Music human curation and the ability to find new music based on individual subscriber preferences.

Cook skirted rumours about the Apple Car, but did say that with technology such as autonomous driving and electric vehicles, the car industry is in for huge change. Though he didn’t reveal anything about Apple’s plans in the sector.

“As we look at it, what we really want in the hopefully in the short term is, we’d like people as they enter their car to have an iPhone experience in their car”, he said.

In terms of the iPhone, Cook touted the new iPhone upgrade Plan which is aimed at users who want to upgrade each year, and that the effort is not intended to undermine mobile operators.

Cook also mentioned the issue of data privacy, saying that “We think encryption is a must in today’s world. No back door is a must”. That statement comes after the US government said it wants a backdoor that would allow law enforcement agencies access to user data on Apple servers.