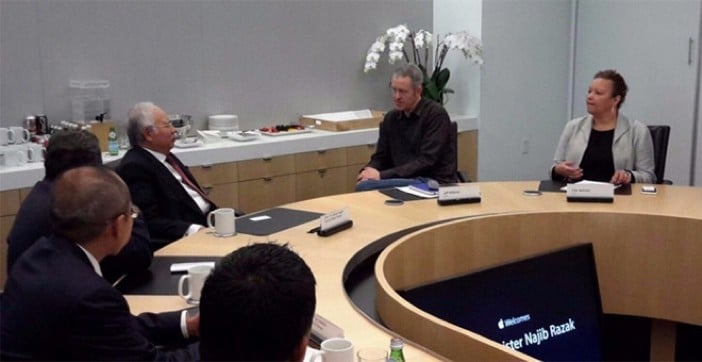 As it expands into more markets, Apple executives recently met the Malaysian Prime Minister Najib Razak to discuss investment opportunities in the country, including R&D and app development centres.

Malaysia is keen to court technology companies that are keen on expanding into new and growing markets, a strategy that often includes significant injections of capital and other measures that help boost the economy. Razak wants the company to build a research and development centre that would enhance the firm’s presence in Asia, which already includes facilities in Shanghai, China and Yokohama, Japan.

Razak also suggested that Apple could help in the education of the youth in Malaysia by opening an app development centre. In January, the Cupertino firm opened the first iOS app development centre in Naples, Italy, to help developers with practical skills and training to grow the app ecosystem.

In its recent quarterly filing, Apple said it spent more than $2.4 billion on R&D in the first quarter of 2016. The number is on top of $51.3 billion in land property expenditures such as construction, maintenance and equipment.