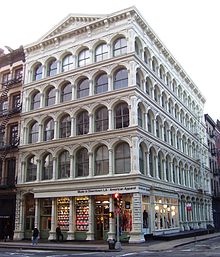 American Apparel Inc. (NYSEMKT:APP)filed for Chapter 11 bankruptcy protection Monday. The controversial fashion company has not turned a profit since 2009, and now joins a growing list of retailers that are unable to adjust to increasing competition and changing spending habits.

Despite filing for bankruptcy, the company will continue its manufacturing and store operations willcontinue as normal under a restructuring deal with secured lenders. American Apparel is still one of the only clothing retailers that manufactures its apparel in the United States.

The Los Angeles-based company said that it expects to cut its debt down from $300 million to just $135 million. This will be accomplished through the elimination of $200 million in bonds, which will be exchanged for equity.

DovCharney, former CEO, was fired in December for alleged misconduct. Allegedly Charney allowed subordinates to create blog posts that defamed ex-employees and misused company funds. Before his stint as CEO, Charney faced several lawsuits that accused him of sexual harassment.

Charney’sstake in the company, along with other shareholders, will be wiped out.Standard General, a New York hedge fund, holds Charney’s42% stake as collateral.

The secured lenders for American Apparel will provide debtor-in-possession financing of$90 million and provide $70 million in new capital. The restructuring plan is expected to be complete within the next six months.