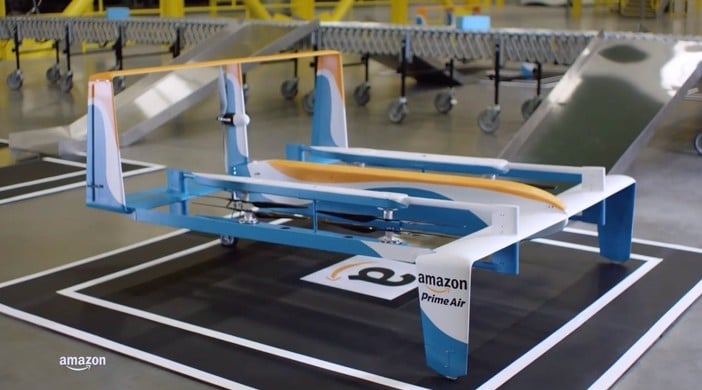 Amazon on Sunday released a new teaser video for its Amazon Prime Air drone delivery service, featuring Top Gear’s Jeremy Clarkson in a near-future family scenario. The video itself gives an update into what the service will look like, assuming that it will eventually be cleared by the Federal Aviation Administration (FAA).

The video features a prototype drone which appears to be a combination of a plane and a helicopter, with the ability to fly for around 15 miles. Amazon says that the drones used by Prime Air – announced in December 2013 – would sense obstacles in the surrounding area and avoid collisions. The video also demonstrates how the drone would land – on a special Amazon logo placed on the ground.

It appears that the drone will require one of these special “landing strips” to know where to land – though it’s not clear how this might work in a more busy city. The video says that a family of drones will be used by Prime Air, so we’re assuming there will be many different sizes of drones based on the size and weight of the items to be delivered. 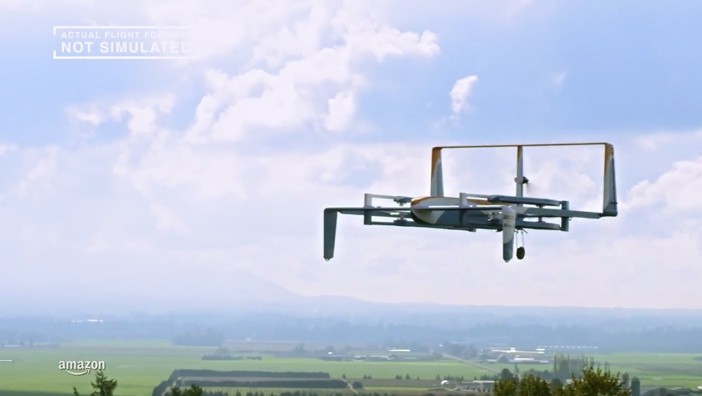 Amazon has performed extensive testing and continues to research their drone delivery service, but the FAA in the US has not yet finalised regulations for commercial drones.

“Putting Prime Air into service will take some time, but we will deploy when we have the regulatory support needed to realize our vision“, Amazon says on their website.