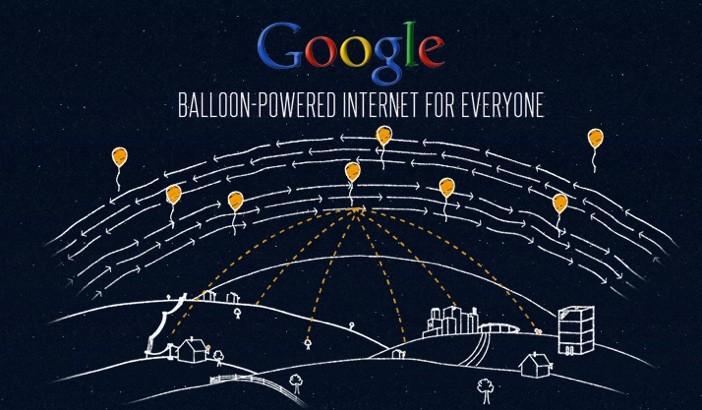 Alphabet, which is the new holding company for search giant Google, has partnered with several Indonesia telecommunications firms to expand Internet in the country through the use of solar powered balloons.

Executives at the company, including the co-founder Sergey Brin, plus representatives from Indonesia companies Telkomsel, XL Axiata and Indosat said they had formed an agreement this week to deploy “Project Loon” to the country, which has a population of 250 million people.

Project Loon uses solar powered balloons at an altitude of 5000 metres to deliver the Internet over radio signals to ground-based antennas. The balloons also are able to determine the best winds automatically so they can navigate on the correct course.

The project comes from Alphabet’s X division, which focuses on experiments with cutting edge technologies, widely known as moonshots – such as the self-driving car project.

Alphabet and the Indonesian partners will use hundreds of balloons next year, in a country that has more than 17,000 islands, in order to see where there are gaps in the service is part of its test plan before a full service is launched.

The US company has previously tested the balloons in Brazil, New Zealand and Australia, but with just a single partner in each case.

The Vice President of Project Loon Mike Cassidy said that the partnership will be the first the that signals from several telecoms companies go via a single balloon, and that it will be the largest deployment to date, perhaps reaching more than 100 million users in the future.

“We’ve been kind of having an increasing succession of tests: tests for getting balloon flights to work, tests to test connectivity. It’s super exciting that this is going to serve actual communities”, said Brin.

He also said that it’s a relatively cheap way to provide Internet access, such as in jungle areas or places where you need to reach islands.

Cassidy said it will also be a model for how Alphabet will move into the commercial market, and that the telecoms companies will use the trial to set pricing and billing, while at the same time Google focuses on the technical issues.

President of Indonesia Joko Widod was originally planned to attend the announcement while at Silicon Valley including a visit to Apple, but the ongoing haze crisis (from forest fires) in the country meant that he had to cancel those plans.