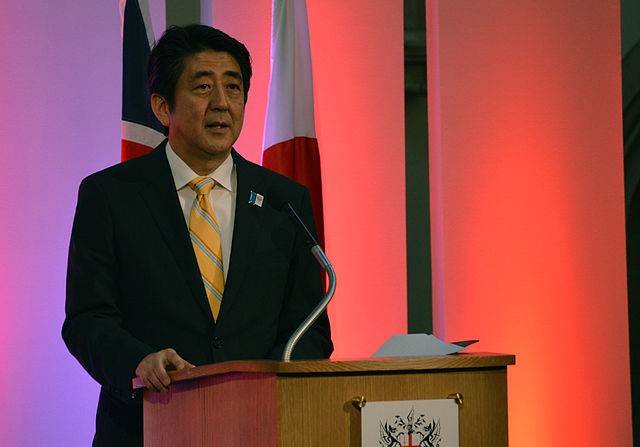 Japan’s economy isn’t looking very good right now. Stocks are falling sharply, yields on government bonds are in negative territory, and the yen is gaining against its rivals – making it shed its appeal as a safe haven asset.

All these don’t paint a rosy picture for an economy that has struggled with deflation for more than two decades now.

‘Abenomics,’ which is Japanese Prime Minister Shinzo Abe’s master plan for jumpstarting the country’s stalled economy appears to be failing, at least to his critics.

The prime minister has relied on Bank of Japan Governor Haruhiko Kuroda to keep the Japanese currency low and to increase corporate profits. The goal was to drive up wages, and in turn, spur consumer spending.

But the plan doesn’t appear to be working. Japanese wages fell by about one percent last year, for a fourth consecutive year of decline. Major Japanese exporters including automakers Toyota and Subaru are reporting disappointing profit numbers. Technology companies are barely staying afloat with some selling out to foreign funders just to remain in business.

Case in point: Sharp Corporation, a multinational Japanese company that produces liquid crystal display screens for televisions, tablets and smartphones. It was recently acquired by Taiwan’s Foxconn for next to nothing.

Meanwhile, the yen is gaining against its rivals again. Not a good sign as a weaker yen is more beneficial for the country given the currency’s pro-export benefits.

And in February, the yield on the benchmark ten-year government bond plummeted to negative territory for the first time. That is tantamount to investors paying the Japanese government money to lend it money. It doesn’t sound right, but that is basically what it is.

Supporters of ‘Abenomics’ are saying that low interest rates aren’t all that terrible as the critics paint them out to be. They argue the low rates enable more Japanese people afford new homes, propping up construction and the real estate industries.

But the drop in government bond rates, however, are indicative of pessimism among investors. It also shows that investments are lacking.

Much needed reforms in the country’s restrictive immigration laws hasn’t happened yet and the agriculture industry remains weak.

Despite the not so stellar numbers, Prime Minister Abe remains confident. He argues, “the Japanese economy is on the track of moderate recovery.”

“It is wrong to view ‘Abenomics’ as being at the end stage.” He adds.

Still if things don’t change soon, and trends continue, it will be a long shot to say ‘Abenomics’ is a success.

New Years Goals For Your Business

Most Common Pet Sicknesses: How Insurance Can Help?

Stocks vs. Properties – Where Should You Invest Your Money?