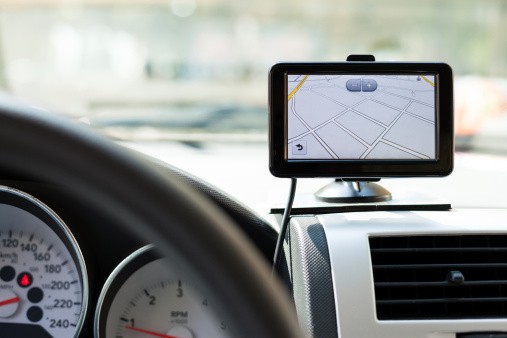 A new study commissioned by the American Automobile Association (AAA) Foundation for Safety Traffic finds that some hands-free infotainment systems are better than others at reducing distracted driving, but suggests that all current voice technologies have shortcomings that may unintentionally increase cognitive distraction.

Researchers from the University of Utah gauged the cognitive distraction of test subjects in a driving simulator using hands-free vehicle systems that included Ford’s SYNC, Chevrolet’s MyLink and Toyota’s Entune. The drivers in the simulator used voice-based music functions and phone-dialing tasks.

Researchers used heart-rate monitors and other equipment to measure drivers’ reaction times and ranked the hands-free systems on a five-point scale according to the mental demand they required. The scale was based on ratings established last year in a separate AAA study and is similar to a scale used for hurricanes. In this system, a category 1 distraction (such as listening to the radio) signifies minimal risk, a category 2 distraction presents moderate risk and a category 3 rating indicates extensive risk.

Toyota’s Entune – with a distraction rating of 1.7 – produced the lowest cognitive-distraction rating, while the Chevrolet’s MyLink achieved a rating of 3.7. Hyundai’s Blue Link (2.2), Chrysler’s Uconnect (2.7), Ford’s SYNC (3.0) and Mercedes’ COMAND (3.1) ranked somewhere between the Toyota and Chevrolet systems.

“It is clear that not all voice systems are created equal, and today’s imperfect systems can lead to driver distraction,” Bob Darbelnet, AAA’s chief executive officer, said in an article posted on AAA News Room.

Darbelnet believes, however, that systems can be improved to address the worst causes of cognitive distraction.

“AAA is confident that it will be possible to make safer systems in the future,” Darbelnet said.

Safer systems, in AAA’s view, are those that have accurate, reliable and simple voice-recognition software and don’t require extensive time on task. AAA’s goal is “making systems that are no more demanding than listening to the radio or an audiobook.” Toyota’s Entune was the only system tested by AAA that met that criterion.

The report, entitled “Mental Workload of Common Voice-Based Vehicle Interactions across Six Different Vehicle Systems,” builds on prior AAA distracted driving research. Last year, AAA published the study, “Measuring Cognitive Distraction in the Automobile,” which concluded, in the words of AAA Foundation for Traffic Safety President and CEO Peter Kissinger, “that hands-free driving is not risk-free.”

“Increased mental workload and cognitive distractions can lead to a type of tunnel vision or inattention blindness where motorists don’t see potential hazards right in front of them,” Kissinger said in a news release.

Keeping Eyes on the Road Is Not Enough

Inattention blindness was cited by David Strayer, the University of Utah psychology professor who led the most recent AAA study, as the cause of a virtual rear-end crash experienced by a test subject.

“The push to voice-based technology acknowledges that people need to keep their eyes on the road,” Strayer told Automotive News. “Our research suggests that’s not enough. You need to be paying attention to what you’re looking at.”

If you are the victim of a distracted driving crash, you likely face medical bills, lost wages and other losses that could potentially be recovered through an auto accident lawsuit.