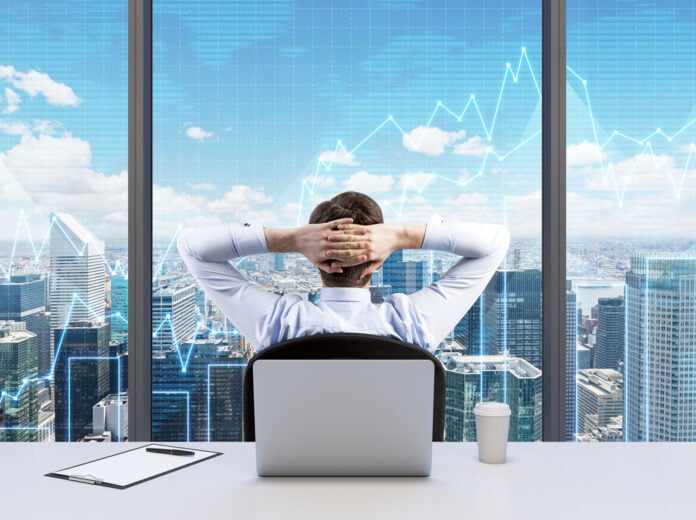 Every forex trader started with a dream – to mark themselves as one of the greatest and most successful forex traders throughout time. Regardless if you’re a newbie or trader with quite a record of experiences, that dream will serve as motivation to you upon venturing forth in the challenging yet worthwhile forex world.

From thousands of wannabees, a number of traders reached the pedestal of their dreams. How did they do it? Let us scan through their real-life stories and get extremely pumped and excited to create the success stories of our own, following their examples.

But wait, what is success and what is the essence of being successful? Let us first define the term, shall we? To emerge triumphant, you must uphold consistency and generate high profits. Profits are undeniably an indicator of success. But other than that, success could also spring out from fulfillment and joy radiated by the trader.

A not–so–secret secret in trading is to be committed and passionate about it. The market is extremely volatile and will break weak, impatient and overly–emotional hearts. It is the love for trading that will keep you assail during the strongest of the storms. As we use to utter, when the going gets tough, the tough gets going. Success is more than earnings because money is not enough to guarantee you a free–pass to the successful–traders list. High profit and passion is a perfect combination!

So who are the world’s renowned forex traders? There’s a bunch of them, and reading through these seven real–life Forex success stories will leave you a lasting impression and some valuable insights on how they achieved their milestones. Let’s take a look at these celebrated forex traders.

At a tender age of 5, Edward marked his very first milestone – a first–hand experience in trading! As a child of immigrants who transferred residence to the USA from the Netherlands, Edward traded with his neighbor. He traded off a jewelry — medallion in order to possess five magnifying lenses that he can use in his hobbies.

Since then on, Edward felt a yearning for trading. Who would have thought that eventually he would be dubbed as the father of the trading system? It was in the 1970s when he began to trade. He experienced an extreme fascination with innovative ideas like the use of machines for making money, automation using mechanical tools and technical analysis.

He later on came up with mechanical algorithms that will be maximized in trading. Then he started to utilize computer programs for trade exchanges. His labor and ingenuity reaped good fruits as his profit was insurmountable. The profit seemed to be over 250 000% from 1972 up to 1988 – all because of the help of his robot.

For those who believe that age matters and the young inherently have greater potentials in trading, well, think again. Frau Mootz will convince you that the sky is clear for traders on the opposite side of the age spectrum. While some grandparents want to stay at home, do baking or gardening, Mootz is unique. She traded in the forex stock market instead. At 96 years old, she made a millionaire out of herself. She was far from being just a typical German widow. But now, look at her, her name is all over the internet and she even has one of the well–respected names in Germany.

She came from an underprivileged household. At age 17, she tied a knot with her then–husband in hopes that she could escape from being poor, but things never turned out the way she expected it to be. She was financially dependent on her partner, and needed to ask for every cent she needed. She wanted to work and be employed, but her husband was always on the way. Hence, she was never able to earn her own money.

When her husband passed away, things turned out better and brighter for Mootz. She discovered 1000 shares of a concern that her deceased husband had worked his entire lifetime for. Instead of spending the sum to please herself, she embraced the risk and invested her money to forex. She never doubted her decision, and it turned out to change her life forever. She earned 500,000 Euro for her first 8 years in trading.

Mentored by Soros, Stanley shined. His real–life success story will leave you in awe and convince you at believing in teamwork, collaboration and trust. He partnered with Soros at the Quantum Fund for several years. In fact, he was present in 1992, during the  unforgettable Black Wednesday trade which was known for breaking the Bank of England and shorting the British pound.

The teamwork of Soros and Stanley was remarkable. They generated billions in profits just from one trade alone. Later on, Stanley chose to leave the Quantum Fund to venture on his own. He then founded Duquesne Capital Management.

This man is remarkable for turning in a 12,000 dollar inheritance to 250,000 dollar during his college years. What a lucky risk–taker! While his peers are playing basketball and candidly dating during spare time, Bill was investing instead, knowing all the risks in his actions.

But, just like everybody else, he experienced downfalls. He made good investments, and bad ones too. In fact, a single unlucky investment move almost cost him to lose his entire account, leading him to start all over again. Rather than giving up, he was more motivated than ever. In 1984, he joined the Salamon Brothers and together they founded Foreign Exchange Department. Just one year after that, he generated 300 million dollars per year because of the firm. His story is an incomparable example of resilience and not giving up easily.

Bill promoted the following: (1) you have to give your 100% attention and focus, (2) time matters and it is a risk factor, (3) do not fear failure and pains, they are normal; and (4) know how to play the game — it’s everything.

He is hailed as the Greatest Forex Trader of All Time. What an accomplishment! Everyone sees him and his life as an example. His legacy was brought about by his legendary win of garnering a more–than–a–billion profit just from his short position. He engaged in purchasing low, then selling high so that he can generate profit from the asset’s price changes. Other than that, George was iconic during the Black Wednesday in 1992.

Soros was gifted with the ability to see beyond what others can see. His sharp perception enables him to analyze situations, and come up with wise decisions accordingly. These well–thought–of decisions of his made George generate a huge profit.

It was in 1954 when another history maker was born. Paul, who used to live a simple life, later on turn out to be a company owner. His life seems to be typical but the moment he pulled the trigger – he embraced the potential risks and grabbed the opportunities knocking at his door, he unlocked a whole new level of trading experience. He studied at Harvard Business School, then was employed at the New York Stock Exchange where he worked as a commodity trader. These enable him to gain expertise.

Soon enough, he opened the Tudor Investment Corporation. In 1987, a market crash made headlines, and Paul’s corporation made a great  profit of 62% on short positions. Then, he generated 100 million dollars during that risky period. Finally, in 1992, he was inaugurated as chairman of  New York Stock Exchange. What a courageous man indeed!

A Commodities Corporation Company’s pioneering member deserves a spot! Throughout his wonderful career, he was renowned as the leading currency trader in German marks since he possessed USD 300 million on that alone.

But he could not be as successful without the help of a mentor, Seykota. He later on became a mentor to Bruce Kovner. What a story of paying–forward. His life would tell us that we have to contribute back for other’s success, the kindness we receive, we have to pay it forward. Although his life seemed no different to some, he taught us the essence of meaningful mentorship. We all need strong mentors, and later on, we could become one ourselves. We have to impart the knowledge we have to the next generation of traders.

Now that you have heard their stories, it’s time to make your own. Who knows? In the years to come, it’s our turn to read YOUR real–life success story.