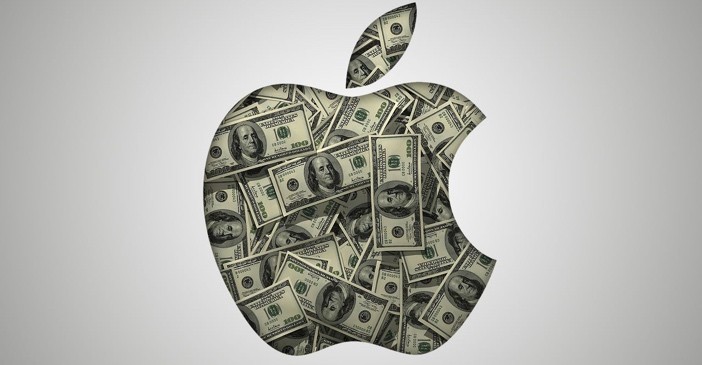 Climbing profits at tech companies last year gave the industry the most bulging corporate wallets for the first time since tracking started in 2007.

Oracle knocked Pfizer Inc from the top five list, and joined Apple, Microsoft, Alphabet (Google’s owner) and Cisco Systems as the US companies with the most cash on hand, according to Moody’s Investment Service.

The five tech companies held around $504 billion, or 30 percent, of the $1.68 trillion in cash and securities held by more than one thousand top firms (excluding banks), the credit rating company said in a report on Friday.

The tech industry in general extended its least with 46 percent of the US non-bank private sector cash, rising from 40 percent at the end of 2014. Half of this tech money however is held in overseas accounts.

The technology industry has invested billions of dollars into acquisitions, dividends and share buybacks in recent years, but huge cash flows for companies like Apple are restocking their bank accounts faster.

The iPhone and computer maker held the top spot on Moody’s list since 2009 and gained more than $176 billion in cash, more than the entire rise in corporate cash balances over the last six years. The tech sector accounts for sixty six percent of the increase.

Moody’s also says revenue across the one thousand firms it studied fell by 4.1 percent in 2015 to $10.8 trillion, with cash flow down 0.2 percent to $1.5 trillion, and it expects the numbers to remain flat during 2016.

Debt is also becoming an issue. Companies gained a ten percent increase in debt on average over the past two years but just a one percent increase in cash. At the end of 2015, balanced would only pay ninety three percent of corporate debt that will be due over the next five years, the lowest since 2011, says Moody’s.